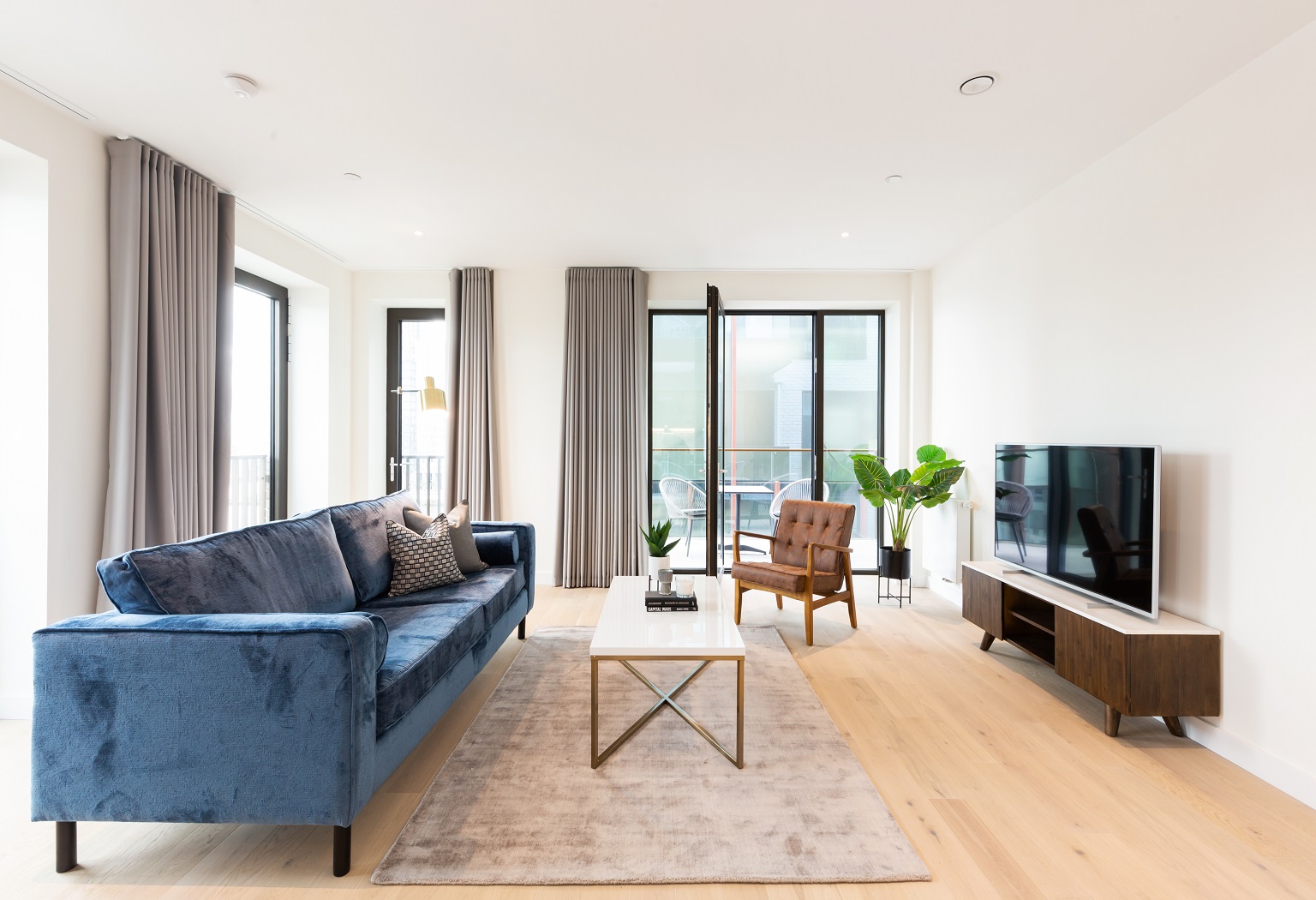 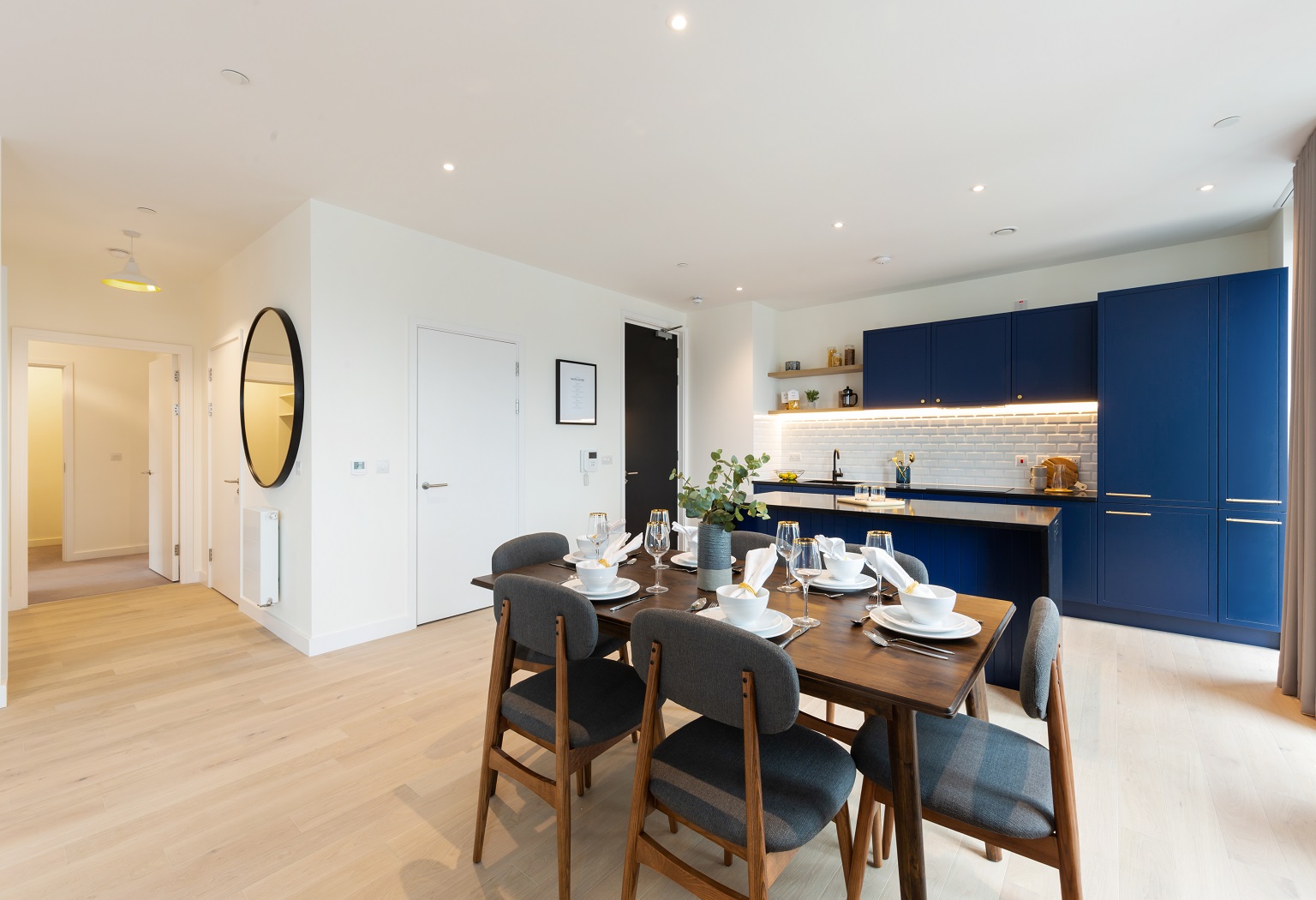 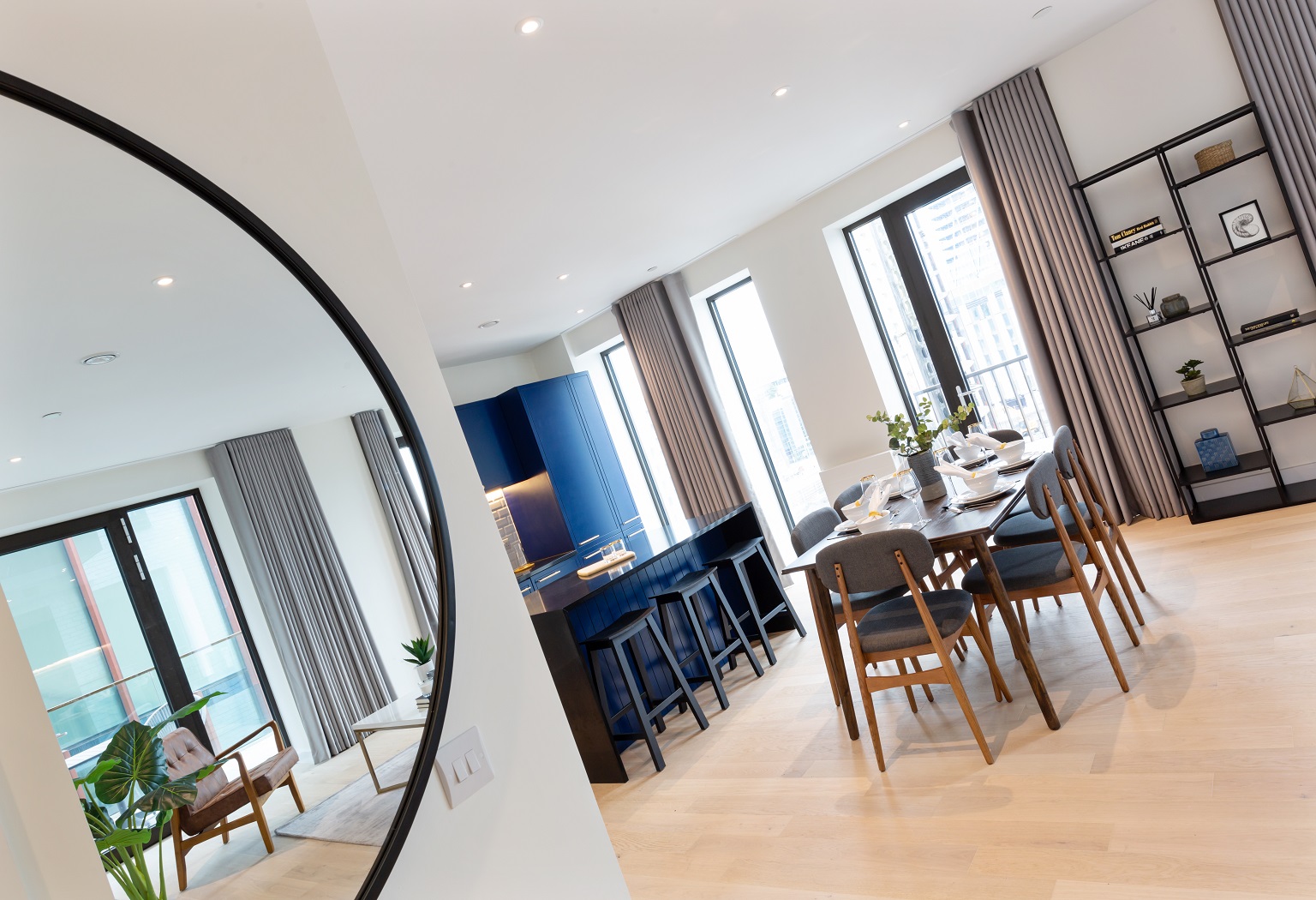 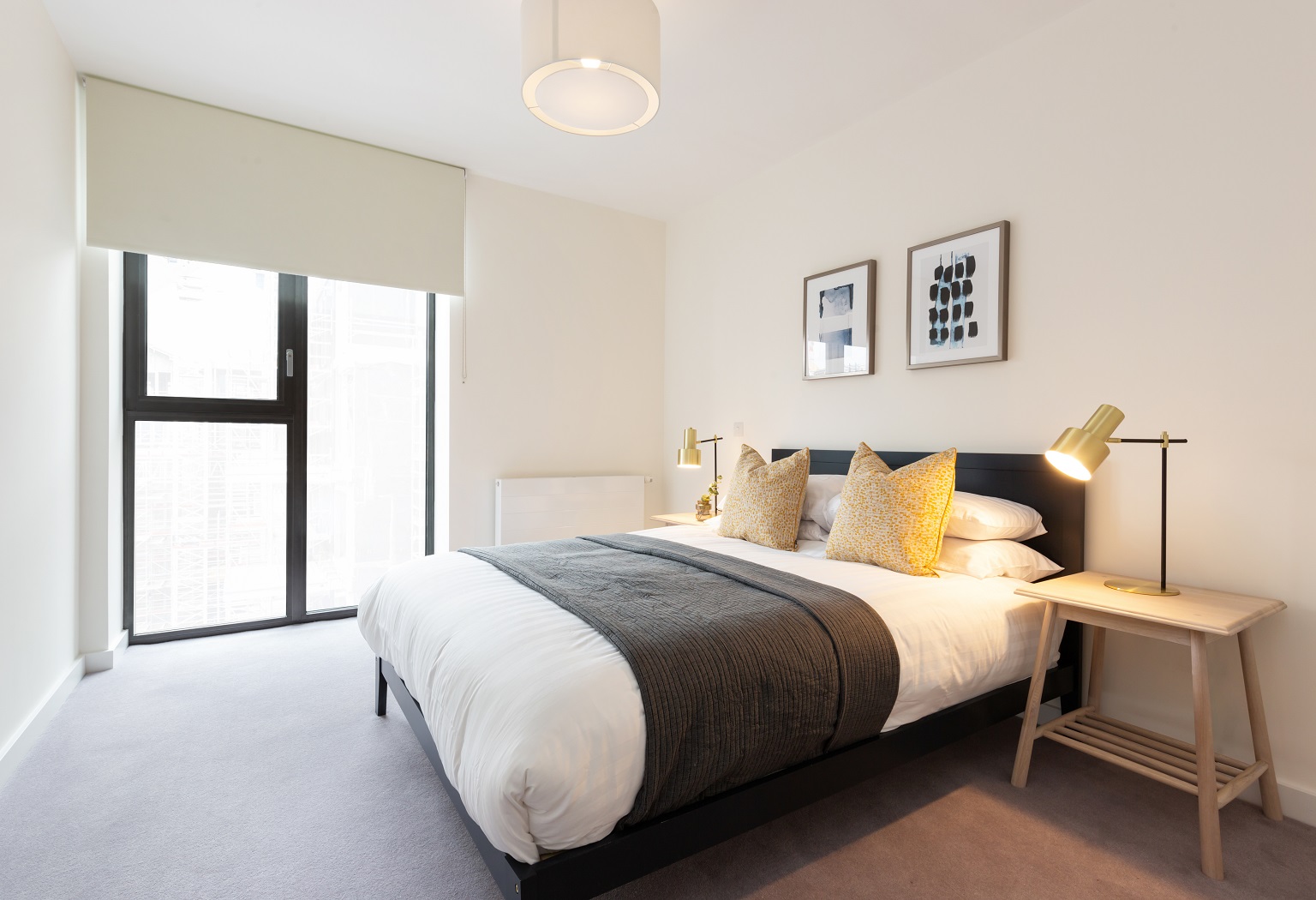 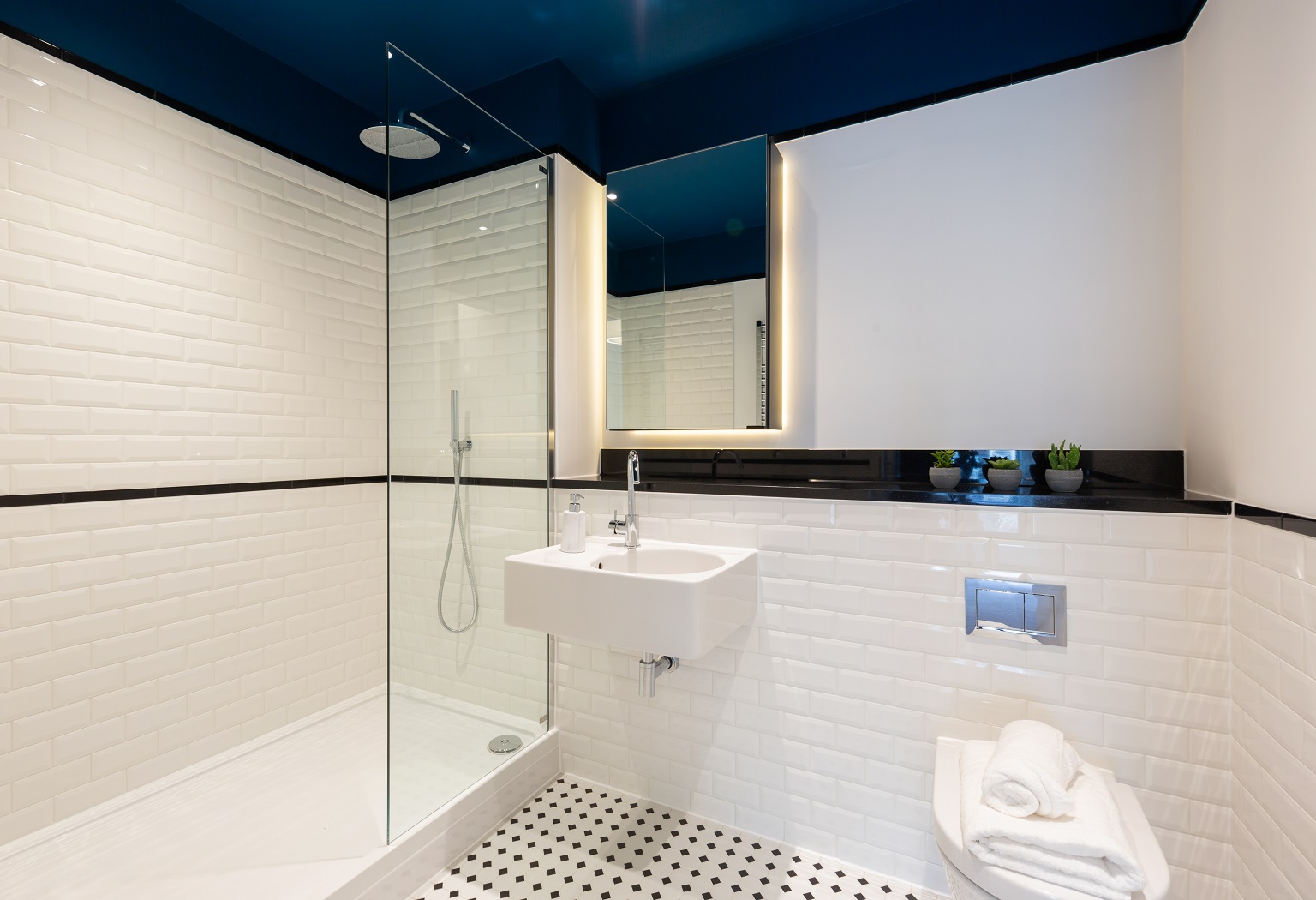 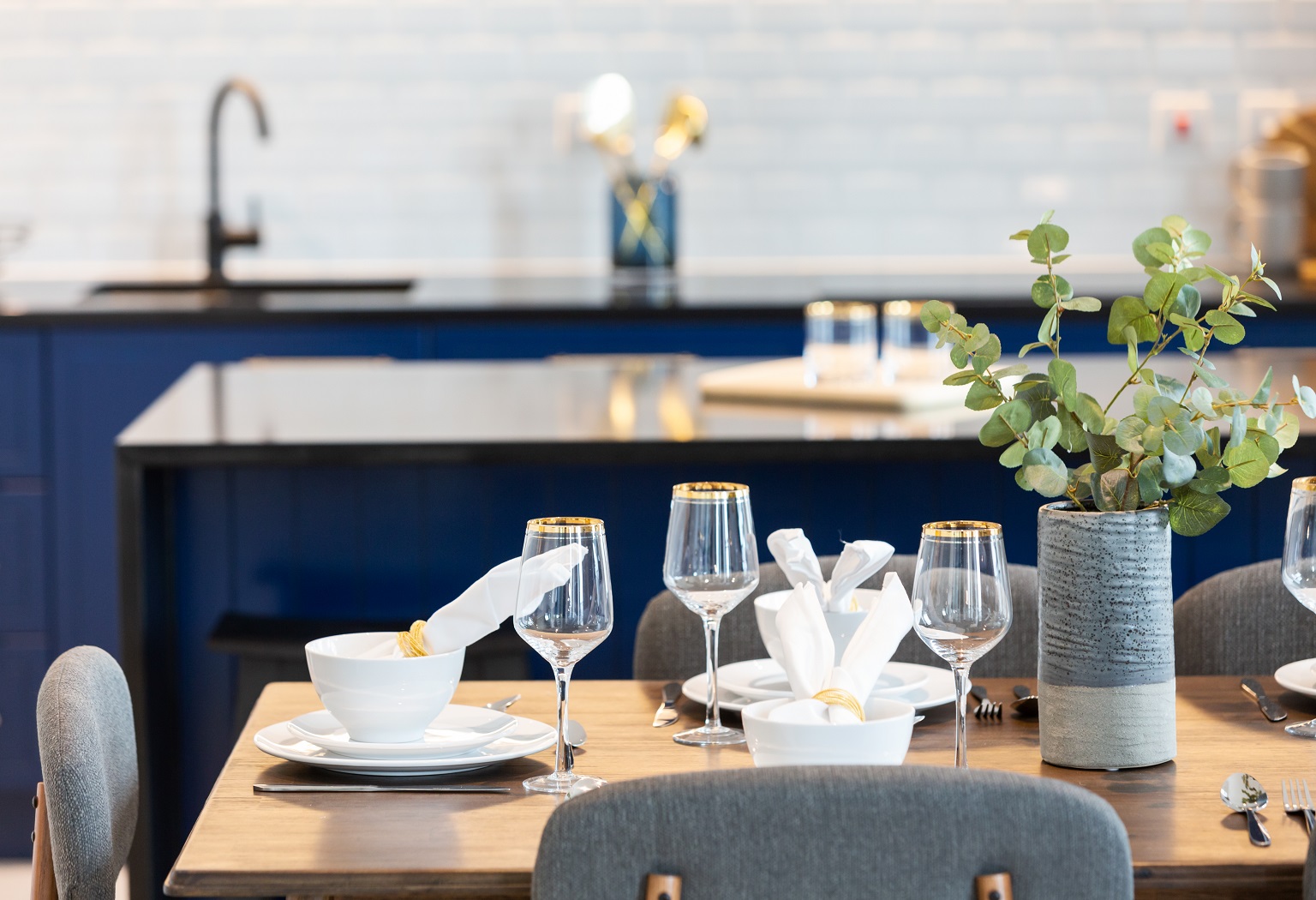 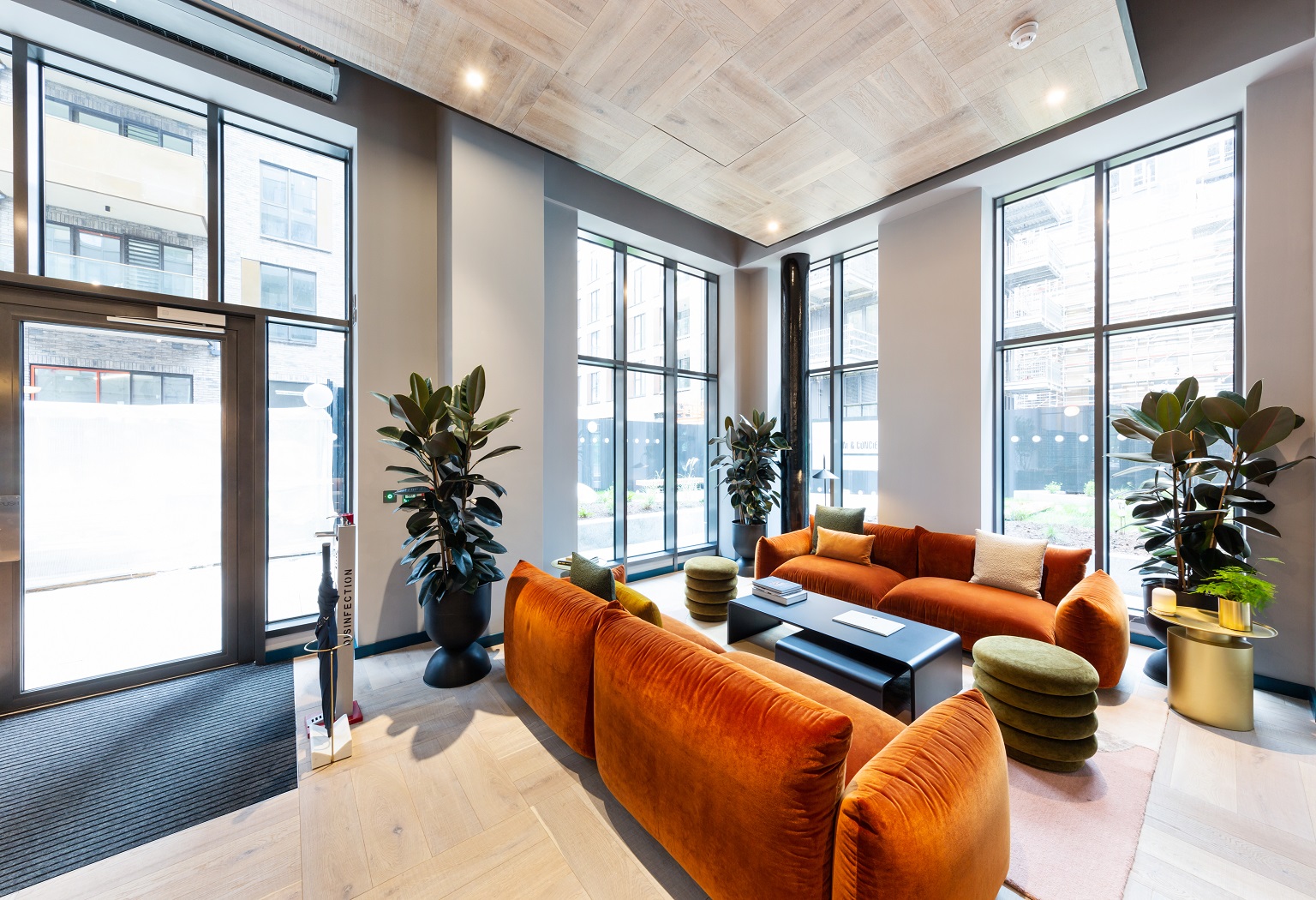 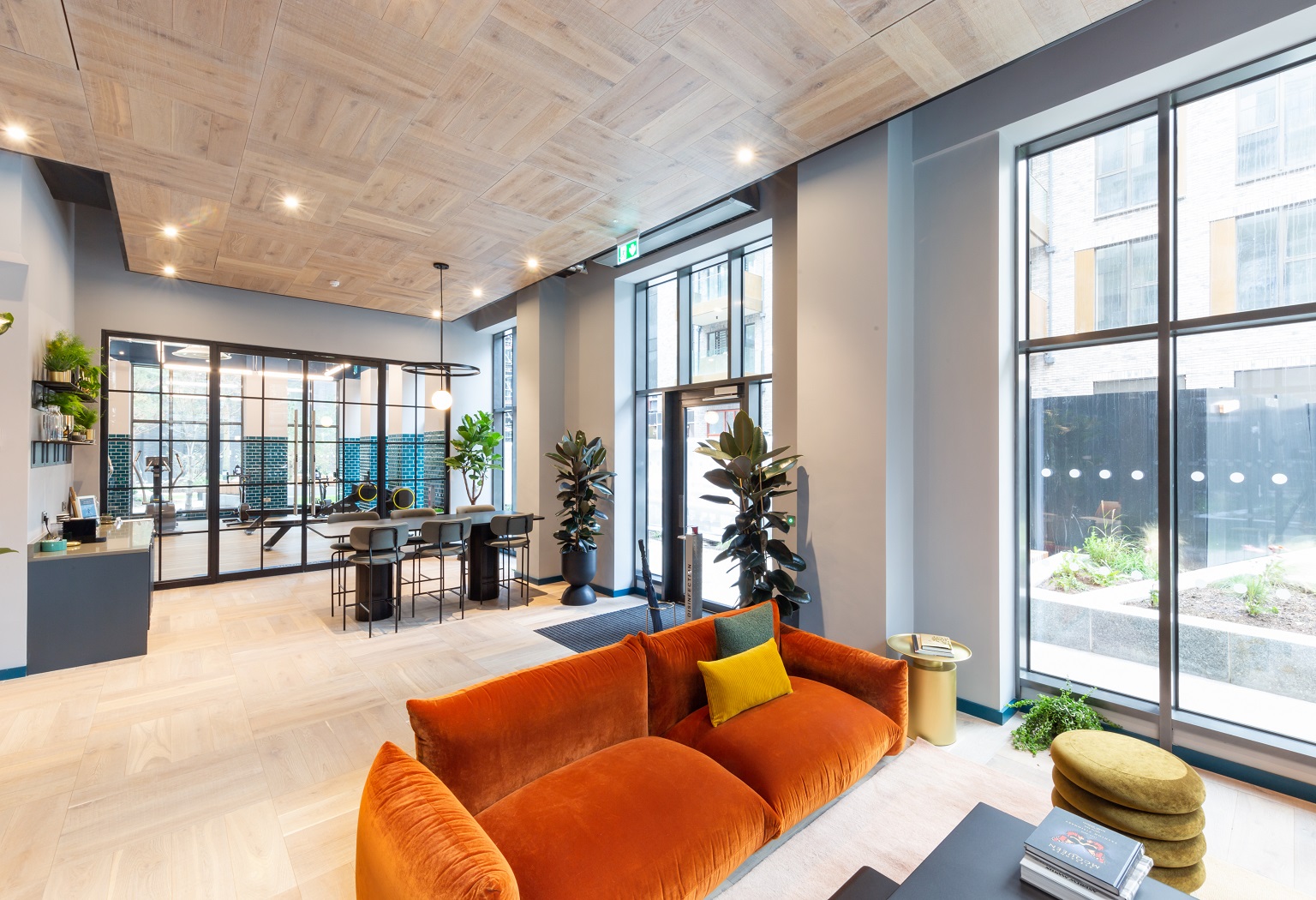 Stunning apartments at Quayside Quarter in the heart of Dublin Docklands are now available to view. Quayside Quarter is a stunning new development that will offer an exceptional living experience to residents. The two bedroom apartments, from the 1st floor to the 7th floor, are designed and styled to the very highest of standards with A rated BERs. The stunning apartments are enhanced by the spacious dual aspect layouts and generous terraces. Features include high ceilings, stylish bathrooms, slick kitchens and ample storage. From the summer residents at Quayside Quarter will enjoy 24-hr concierge service, on site gym, community gardens and a residents lounge which will feature hot desks, meeting rooms and chill out rooms.

The interiors are extra spacious and light filled thanks to the floor to ceiling windows. Accommodation comprises hall with storage, open plan living room with kitchen, access to amazing terrace, master bedroom with en-suite and walk in wardrobe, another double bedroom and a bathroom. There are furnished and unfurnished options, parking is available if required and we have a pet friendly policy. Please note, three bedroom apartments start at €3,330 per month with floor areas up to 142 sq. m.

More about the location…
Docklanders are spoiled for choice in terms of bars, cafes and restaurants. The Mayson Hotel, with it’s roof top bar and restaurant, next door to Quayside Quarter is another welcome addition. Quayside Quarter is one the most connected developments in Dublin. A Luas Stop is adjcanet as is Dublin Bus. The Samuel Beckett Bridge allows a five minute walk to Grand Canal Dock and the south city centre area. The M50 and port tunnel provide easy access Dublin Airport and beyond. Docklands rapid rail station (DART) is a five minute walk. North Docklands stretches from the Custom House down to the Three Arena and offers an abundance of amenities to both residents and visitors. The Docklands is Dublin’s most desirable city quarters and is only ﬁfteen minutes’ walk from Grafton street. Docklanders are spoiled for choice with the range of amenities in the area. An assortment…