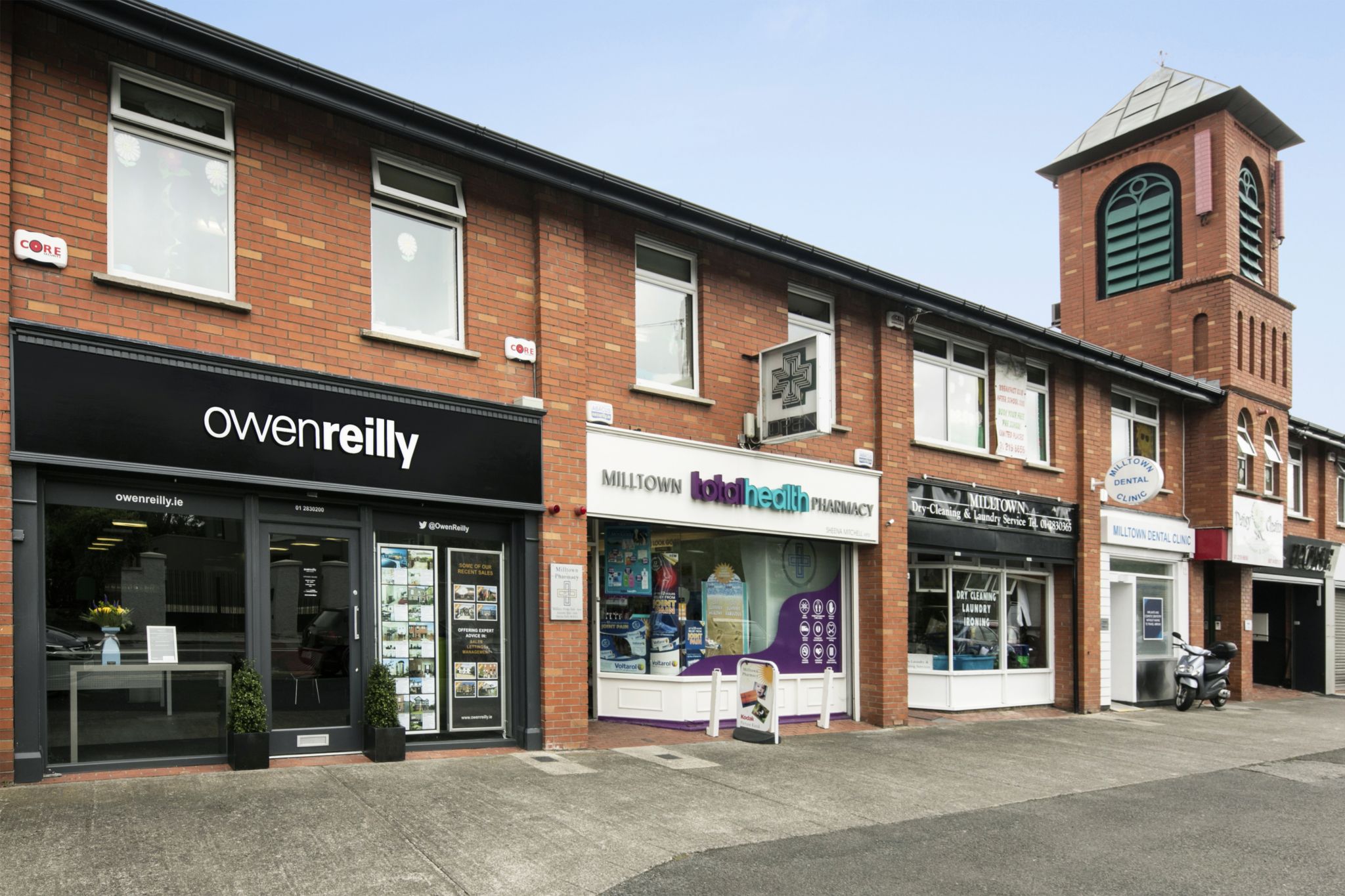 BLOG Milltown and its sought-after apartments and townhouses

We opened a branch in Milltown, Dublin 6 in 2012 from which to serve our South Dublin clients. The neighbourhood is remarkable as a heavily populated suburb with, at the same time, quite exceptional green space. While the nineteenth century mills and owners active on the River Dodder between Dartry and Clonskeagh are long gone, the lush green valley is still at Milltown’s heart, providing a unique leisure amenity in one of Ireland’s most valuable postcodes. The shops and amenities in Milltown provide for everyday needs in abundance and, when they are not enough, the spectacular 19th century railway bridge that spans the valley now carries the Luas light rail train to St Stephen’s Green in one direction and, in the other, to Dundrum. Notably also, among the Georgian farmhouses and villas, the Victorian cottages and the Arts and Crafts homes, Milltown offers an abundance of convenient townhouse and apartment homes that appeal strongly to young professionals and families and couples.

Milltown has been transformed by development during the last thirty years and now accommodates a population of 4,000. Among the townhouse and apartment developments, on Milltown Road alone, there are: Shanagarry (111 apartments), Glenmalure Square (74 mixed units), Abbeyfield (100 mixed units), Garrynure (13 townhouses), Grove House (52 apartments) and Millbrook Village that includes 72 apartments and 54 townhouses. As everywhere however, additional supply is limited. Most recently Richmond Close, a new development of townhouses on Dundrum Road, was launched in October 2015, with all sold by the end of March. We note the extensive site surrounding the HSE building beside our office on Milltown Hill – a future development possibility perhaps?

While price increases in Dublin have slowed overall, in Milltown prices remain very strong. Each year between 2010 and 2015, prices in the prestigious Mount St Anne’s development have increased by an average of 3% and, so far this year already, very strong prices have been achieved. Our firm sold 18 Merton Hall in Mount St Anne’s, a two-bedroom apartment, at a very strong price that equated to €5,316 per square metre (€494/sq ft). (We have 18 Merton Crescent in Mount St Anne’s, a five-bedroom townhouse, on the market now at €650,000.) Significantly, in the older Abbeyfield development, very strong prices, albeit for smaller homes, have been realised this year also for two-bedroom apartments – an average of €5,776 per square metre (€539/sq ft). These prices compare well to the average price per square metre of €5,188 (€482/sq ft) that we have observed so far this year across Dublin as a whole.

This reflects low availability in the first analysis; just 23 homes in Mount St Anne’s have changed hands this year, four in Shanagarry and one in Abbeyfield for example and today there are just nine apartments and one townhouse on the open market. Most of all though, it reflects how highly the area is regarded and we anticipate strong continuing demand for Milltown.