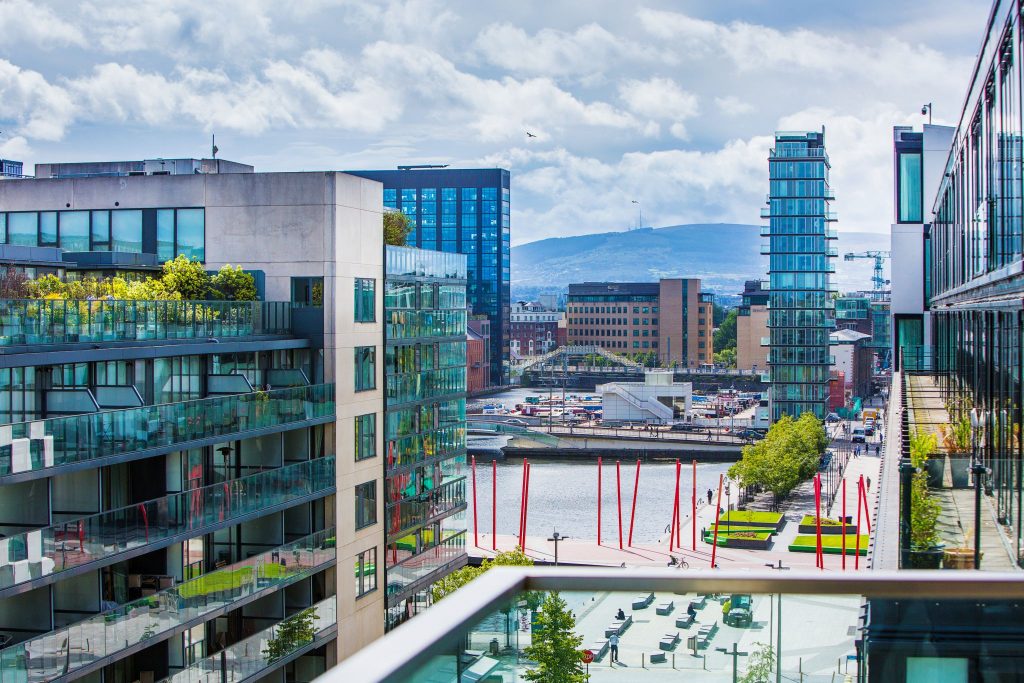 Despite the geopolitical turbulence and the much-documented low stock of listings that continued to affect buyers and sellers, our clients’ experience was positive in 2016 and particularly so for our Dublin Docklands clients. A summary of our sales and letting transactions in 2016 is contained in The Docklands Residential Report, January 2017; the Docklands is a thriving micro-economy and strong rents, strong demand from investors and annual price inflation (per square metre) of 12% confirms its place as the prime residential market in Dublin’s city centre.

Average prices in the one, two, three-bedroom and luxury apartment categories were all up on 2015 with an average price per square metre (PSQM) achieved of €5,619 – up 12% on 2015. The luxury segment was interesting (we sold the first tranche of luxury penthouses at Spencer Dock in the IFSC this year); the highest price PSQM we achieved during 2016 was €10,000 (€929 per sqft) for a two-bedroom penthouse at Grand Canal Dock. Overall, our firm realised a consistent 4.5% above asking for our clients’ Dockland apartments. We observed the time on the market drop from an average of 8.4 weeks in 2015 to an average of 5.7 weeks in 2016 while some listings were agreed in two weeks.

Investors continued to dominate the Docklands market with 72% of our buyers buying for investment purposes; 76% of buyers bought with cash. We dealt with UK buyers, other European buyers and buyers from Asia and the Middle East but 72% of purchasers were Irish. We have estimated that the average rental yield in the Docklands exceeded 6%.

Docklands is home to residents from all over the world; 85% of apartments rented by this firm in 2016 were let to international tenants. In this context, 77% of tenants renewed tenancies and we observed also a low level of interest in parking, with 28% of apartments only rented with parking spaces. With annual rent inflation of 12%, the average annual rent PSQM was €344.66 (€32.02 per sqft). The average rent for a Docklands apartment in the third quarter was €2,037 – twice the national average and 46% higher than the Dublin average – according to figures provided by the Residential Tenancies Board. The highest Docklands rent PSQM agreed by this firm last year was €430 (€40 per sqft) for a two-bedroom apartment at Grand Canal Dock, while the highest rents in the one, two and three-bedroom categories were €1,850, €4,250 and €4,000 respectively.

As we look forward to 2017, we believe that conditions are altogether more positive for the property market. In Dublin Docklands we would hope to see some tangible positive effects of Brexit, and the residential developments currently under construction hold great promise; the transformation of brownfield sites and the addition of residential stock of a far higher specification will add to the appeal of Docklands, will lift all neighbourhoods and will lift the value of all existing stock.