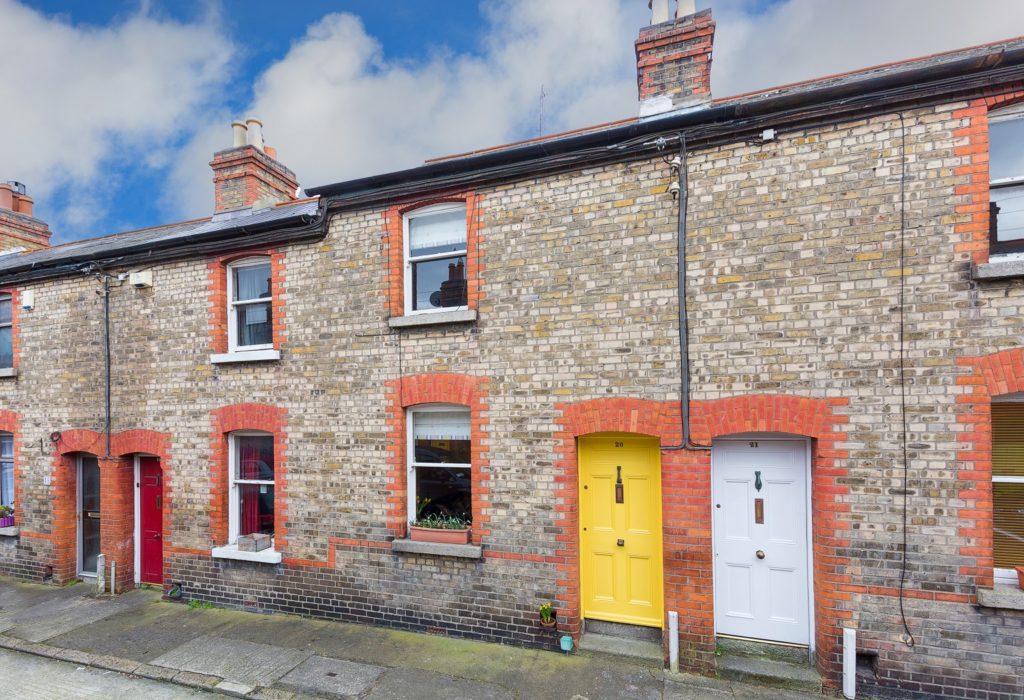 The Irish Times | Artisan living a stroll from Dublin city centre for €395,000

Ashworth Place in Harold’s Cross might be only a 20-minute walk to St Stephen’s Green, a quick trot to Rathmines and minutes from the Grand Canal, but it is, vendor Paula says, “a remarkably quiet place to live”. She should know – she’s lived there for 22 years since buying for IR£68,000 (punts) in l996.

“Expensive at the time,” she says. “A friend bought one of these houses a few years earlier for IR£35,000.”

Ashworth Place, named after Charles Ashworth, is not without cachet. Ashworth was the architect of the Dublin Artisan Dwelling Company (DADC), an organisation providing well-designed, one- and two-storey houses for working people in Victorian Dublin.

The kitchen of No 20 Ashworth Place
Civilian workers from nearby Cathal Brugha barracks were early occupants of Ashworth Place. The red and yellow brick used in the buildings had to come from either Athy or Portmarnock; Ashworth considered any other type inferior. DADC houses are still among the most sought after of the city’s modest townhouses.

New roof
In “poor condition” when Paula bought it, she lived there for a while before adding a new roof and windows. Five years later she added a kitchen and, lastly, a new bathroom and wooden floor downstairs.

She has loved living here and would, if she could, “put it on my back and take it with me on retirement to my native Cork”.

Everything about No 20 is comfortable and easy to live with. A small, tiled lobby leads to the living/dining room, where a gas stove is fitted into an original brick fireplace.

A stairs leads from here to the bright, first-floor bedrooms. The kitchen and bathroom are to the rear of the living room, laid-out so that the patio becomes an extension of the kitchen in finer weather. The DADC would have approved. 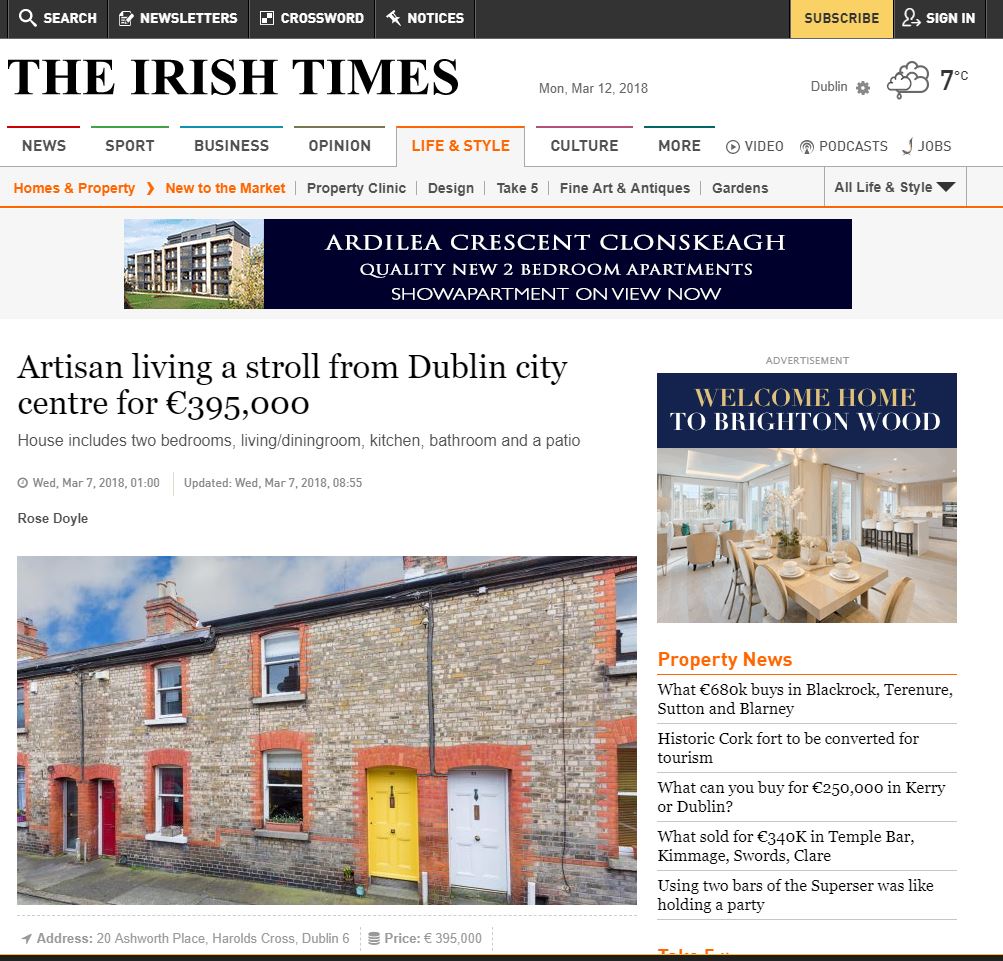