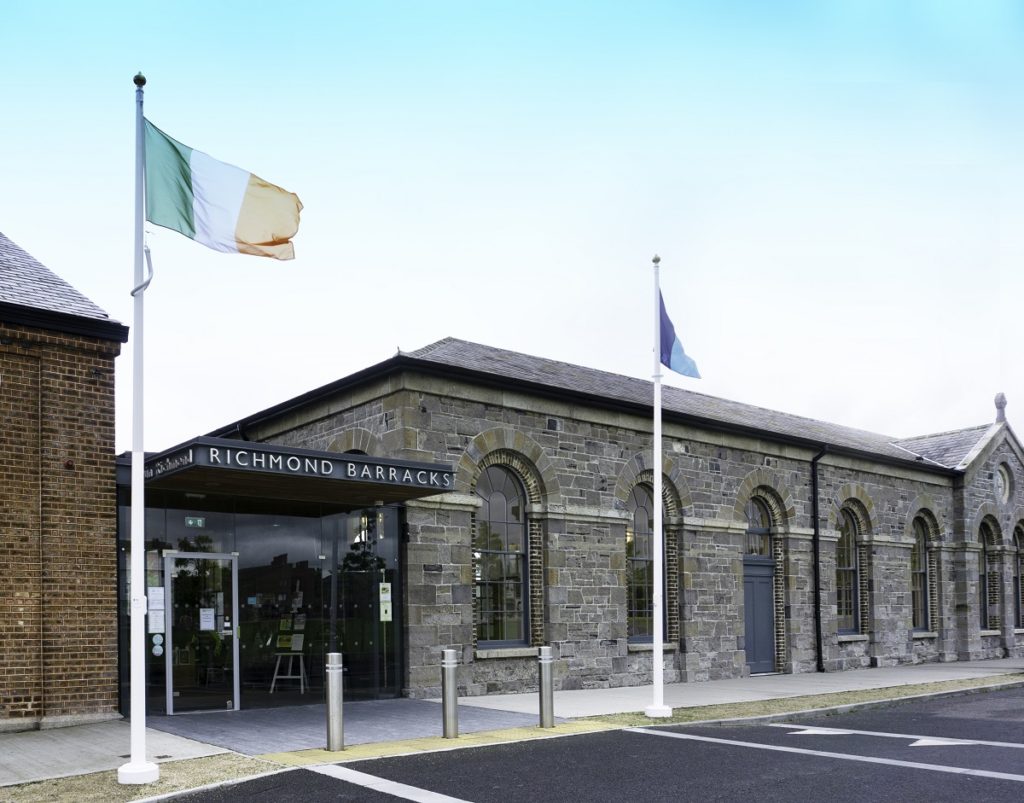 Inchicore is a well-established neighbourhood in Dublin 8, one of the coolest neighbourhoods in the world to live in 2021 according to Timeout. Dublin 8 dwellers already knew that! Inchicore was once an old railway neighbourhood, houses were originally built to employ those building and repairing trains and today it is the main engineering works for Iarnród Éireann. Inchicore is mainly a residential area with a number of new restaurants, bars and cafes opening more recently. It is close to Kilmainham and Drimnagh and only 5km from the city centre, so 15 to 20 minutes will get you into town on the LUAS red line or bus.

It is area that is full of history with top tourist attractions all within walking distance including Phoenix Park, the Royal Hospital in Kilmainham, the Irish Museum of Modern Art and the Irish National War Memorial Gardens.  There is a strong sense of community here with regular events taking place at Inchicore Sports and Social Club.

The main village has a selection of independent coffee shops and retailers including a Tesco Express, a post office, a local third level college and Inchicore Railway Works, a major employer in the area.

There are several small parks close by. Grattan Crescent Park is right in the heart of Inchicore.  Markievicz Park in the nearby Ballyfermot offers sports pitches including an all-weather pitch, a basketball court, paths for walks and a children’s playground. Just across the canal in Drimnagh is Lansdowne Valley Park, which offers a quiet stroll along the Camac river.

This neighbourhood is very well connected to the city with excellent public transport options with several bus routes and the LUAS red line on the doorstep. Dublin bus routes that serve the area include 13, 40, 68, 69, 70.

Inchicore was once a village separate from Dublin and the village developed around Richmond Barracks. The arrival of the railway in the nineteenth century changed the area with jobs for locals at Inchicore railway works.

By the 20th century, Inchicore had become part of Dublin where the village centre expanded at the junction of Emmet Road and Tyrconnell Road, with housing all around it and today it is very much part of Dublin city.

Richmond Barracks was once a British army base. Today it is home to a library, garden, cafe and Culture Connects which is a programme of cultural activities for locals to participate in.

There are six primary schools in the area. Inchicore NS, Goldenbridge Convent, Scoil Mhuire Gan Smal and Gaelscoil Inse Chor, all mixed education. Other nearby options include Bluebell NS and St. Cillian’s.

There are two post-primary schools with Mercy Secondary School, offering girls education and Inchicore CFE which is mixed.

There is a Tesco Express and a Eurospar in the main village and a Supervalu nearby at Heuston Station. For larger supermarket options there is an Aldi in Ballyfermot and a Lidl on the South Circular Road and Thomas Street.

Rascals Brewing Co. is a bar, pizza restaurant, off-licence and Dublin’s only independent craft brewery. Their freshest beers and Rascals’ pizza are definitely worth the visit.

The Mess Cafe at Richmond Barracks offers home cooked food and good coffee in a charming space in the surroundings of an old classroom which has been fully restored.

Union 8 in Kilmainham is a chic neighbourhood bistro serving simple breakfast, lunch and dinner in a contemporary setting.

For the best local spots with friendly staff and a good pint visit The Black Lion Inn, the oldest and much-loved pub in the village, McDowell’s pub and Slatt’s.

Richmond Park is a local football stadium and the home of St Patrick’s Athletic FC.

Liffey Gaels is the local GAA club, based just outside the area in Kilmainham, and there is a large basketball club on Tyrconnell Road.

There two pitch and putt courses nearby at Longmeadows and Lansdowne Valley.