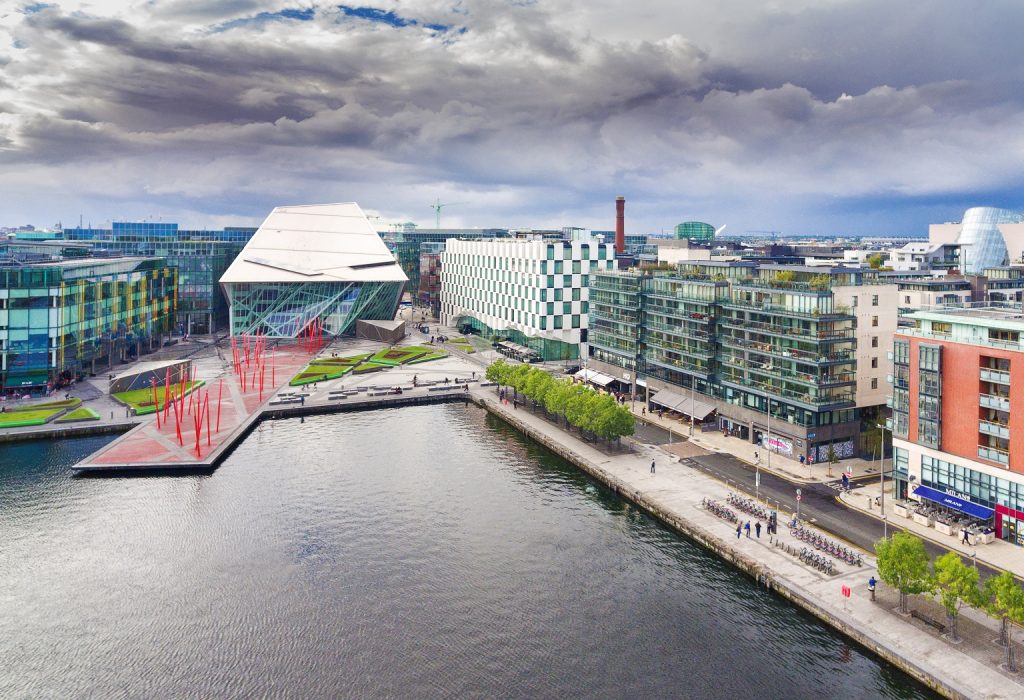 Properties in the Dublin docklands are selling in record time, while tenants are remaining in situ for longer.

Rent caps came into force in December 2016 and applied to well over 60 per cent of our rentals in the Docklands are of Dublin this year.  Based on transactions, our rents are up 4.75 per cent on last year.  TO put that in context, our rents were up the previous year by over 12 per cent.  From a tenant’s perspective, the rent caps are working.  More than half of our clients have been unable to achieve rents that should be 7 or 8 per cent higher.  While you would imagine that would be frustrating, in general were a property was let at market rent last year and an increase of only 4 per cent can be applied his year, our landlord clients are happy.  They feel that a 4% per cent increase in a year is a good return and is ahead of inflation.  At the same time, the legislation also gives tenants some certainty in rent rates.

An unintended consequence of the legislation is that some of our landlord clients have decided to exit the market.  In most cases there are being replaced by investors.  Rental transactions are also down over 25 per cent for us, which means fewer people are moving.  Our average tenancy used to be 14 months.  It’s currently at 23 months and I believed it’s only going to get longer.  As well as a general lack of supply, the crisis in Dublin city centre and Docklands is the lack of affordable accommodation.  A lot more offices will be completed next year, which means a lot more people working in the district.

Strikingly, only 15 new apartments were completed in the Docklands this year.  Next year, the figure is forecast to be 310: 190 of those are in Capital Dock, and the expectation is that they will be a build-to-let development.  There will also be 120 apartments in Hanover Quay, and that’s it for next year.  There will be no residential units completed in Boland Quay next year and they haven’t even started building apartments at Dublin Landings.

Our selling time overall in the Docklands area is six weeks.  We have sold some apartments in less time.  What is interesting is that transactions are up 25 per cent in the area.  We have a number of Dockland clients who are accidental landlords and because the recovery in value has been so strong here in the past few years, they are now out of negative equity and are able to sell.  Other Docklanders who bought in 2006 now have families, and can also now afford to move on.  In the general Docklands market, 65 per cent of our buyers are investors this year.  Although that’s quite high, that figure is down from 74 per cent last year.  We’re also starting to deal more with owner occupiers.  Some 72 per cent of buyers are cash buyers, which again is quite high and is 2 per cent higher than last year.  About 70 per cent of our buyers are Irish.

We’re starting to deal more with investors buying through their pension, and we’re starting to see more owner occupiers.  Property values are up 13 per cent, a very strong performance.  Some 9.5 per cent of that inflation was up to the end of June.  The market went into overdrive in the first six months of 2017 and the increase slowed in the second half of 2017.  There is pent up demand for new homes down here and we’ll be putting that to the test in 2018, so watch this space. 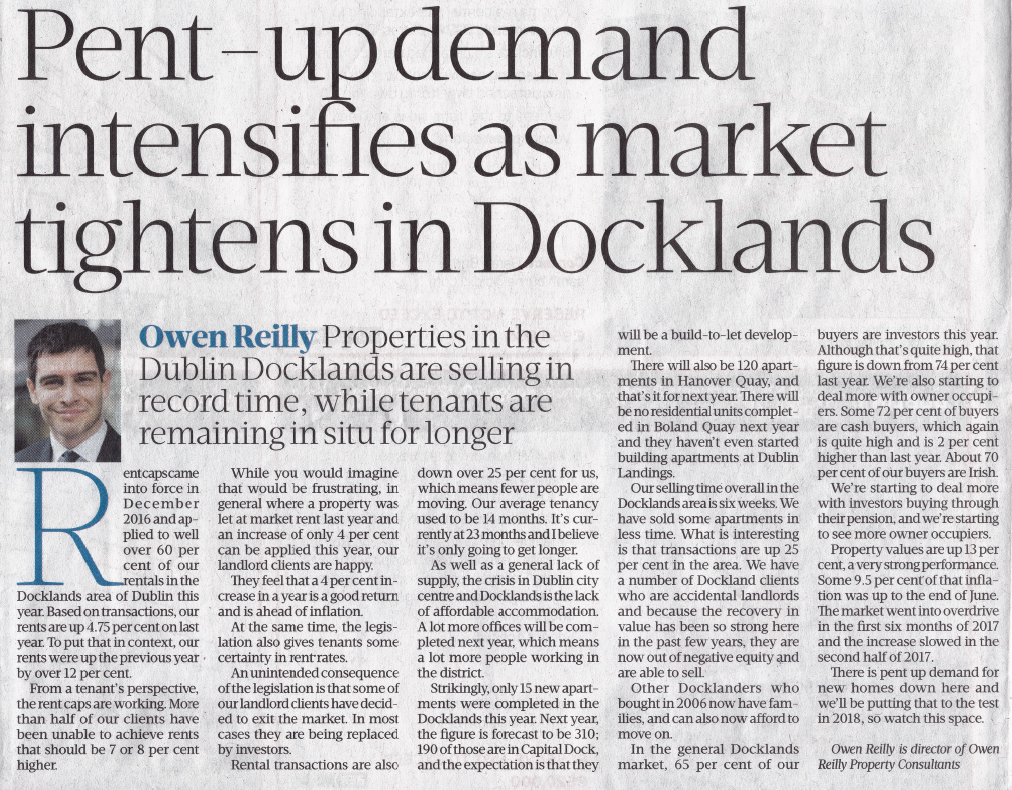