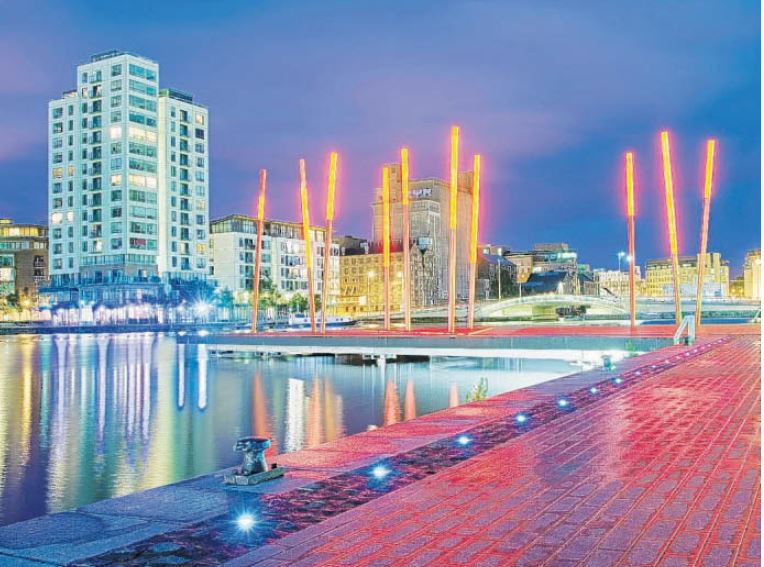 Dublin 2 also experienced a two-tier market last year. The sub-€400,000 market was strong, with values increasing by 5%-6%. Values in the midlevel market — in the €550,000 to €650,000 bracket — were flat and at the same level as at the end of 2017, according to agent Owen Reilly. “The top end of market had a great start, but regressed in the past six months,” says Reilly. “With supply of apartments up 41%, compared with 2017, we experienced longer selling times of 6.9 weeks, compared with 5.2 weeks in 2017. The average asking price was €533,208, and the average selling price only 2.4% higher, compared with 6.7% in 2017.” Period townhouses and penthouses did best. The three-bedroom penthouse at No 28 Hanover Dock was listed at €1.5m and sold for that amount after less than five months on the market. Another three-bedroom penthouse, No 25 Gallery Quay, was listed at €1.2m and sold for €1.55m. No 133 Pearse Street, a three-bedroom house belonging to former Leinster player Eoin O’Malley, came up for sale in January at €650,000 but sold for €755,000. Nearly half of Reilly’s buyers — 44% — were owner occupiers, an increase of 10% compared with 2017. Of these “76% were Irish and 75% were buying with cash funds”. The majority of his sellers were landlords exiting the market. “Due to an increase in owner-occupier transactions, there are now fewer rental properties available in the Docklands, putting further pressure on the rental sector.” Reilly says the growth of the private rental sector will continue to have “a significant impact” on the market this year. “No 6 Hanover Quay (120 apartments) was sold as a single block, with an average price of €800,000 per apartment. This changed the strategy for many developers. For example, we are marketing 72 apartments at the Benson Building in one lot, and the 268 apartments at Dublin Landings by Ballymore is now for sale in one lot. It is likely that all remaining apartment developments will be sold in one block to an institutional investor.”

For a copy of the guide please click here 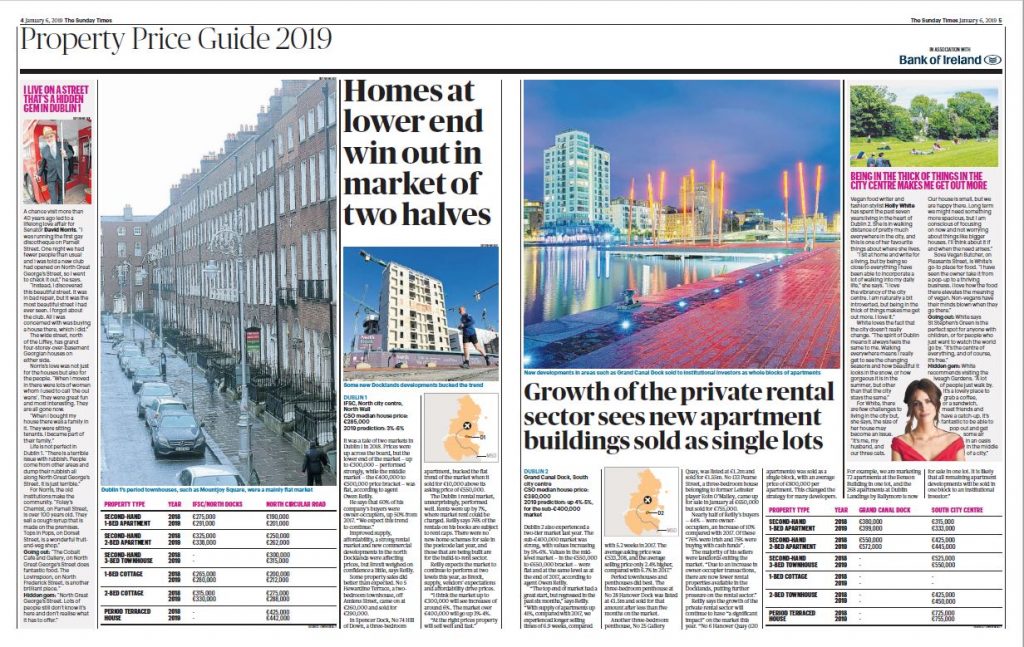