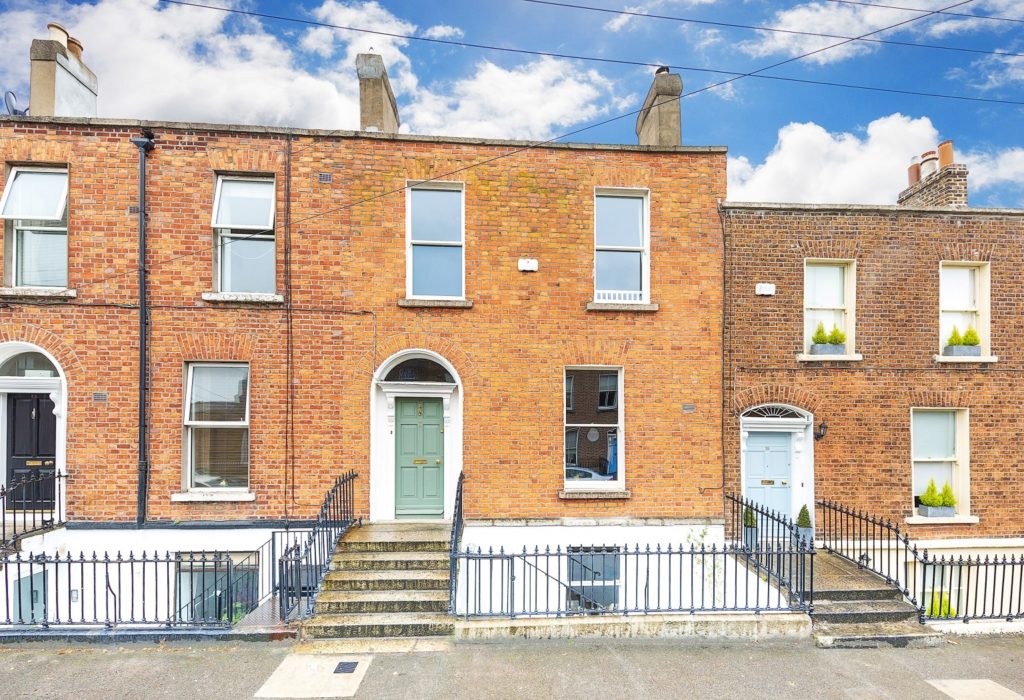 Synge Street is a throughway of three parts. The best-known third, the middle and leafy part of the street, comprises the school, celebrated in 2016 film Sing Street by John Carney. The first third, where number 33 is the birthplace of George Bernard Shaw, runs perpendicular to Lennox Street and its famed Bretzel Bakery.

Once the heart of Dublin flatland, most of the properties have been converted back into single dwellings. There are two houses currently for sale on this stretch. Number 32 is a three-bedroom, three-bathroom period property situated next door to the Shaw house. Measuring 147sq m (1,482sq ft) it is has an east-facing back garden and is asking €950,000 through agent Owen Reilly. The same firm is also selling number 21. Situated across the road this fine two-bedroom property has been lovingly restored by its owners, who bought it in 2011 and lived in one room while much of the refurbishment took place. It’s for sale at €1.1 million.

The result of their attentive renovation is a finely-presented property throughout. There is detailed plaster cornicing and there are ceiling roses in the hall and rooms at hall level. Ceiling heights here are about 13ft and the polished floorboards underfoot had been preserved under layers of dank carpets and now add a warm walnut-coloured glow. Double-glazed timber sash windows by Kells Windows replaced the uPVC designs that were in the listed house when they bought it. The rooms are painted in soft, chalky tones and velvet furniture in the front room, offbeat moss green and sky-blue tones really help make the interiors sing.

Scandi-inspired kitchen
Set over four levels the kitchen is at garden level and its sage green in-frame design is the perfect Scandi-inspired foil to its timber floors and pale walls. There is a sitting area to the front of the house where there is a Stovax insert fire and a projector where the owners like to watch movies on summer nights. Patio doors to the rear open out to the west-facing garden, a sun trap that was designed by Sarah Jordan Gardens.

Under the granite steps to the front is a good-size utility set and there is a smart shower room to the rear. Steps lead up from the garden to a large garage where there is vehicular rear access on to Synge Lane, a real bonus in this part of town where parking is generally on street.

the house originally had three bedrooms but the owners have sacrificed one in order to get a good-size family bathroom. Here there is a free-standing bath and separate shower. The remaining two bedrooms are fine-size doubles with the master situated to the back of the house.

A narrow, painted timber staircase leads up to the attic where there is a guest bedroom. Set under the eaves the room has a window in its gable end, additional light from the roof lights and plenty of storage space under the eaves. In total the house has 177sq m (1,905sq ft) of living space with an additional 14 sq m (150sq ft) of attic space. 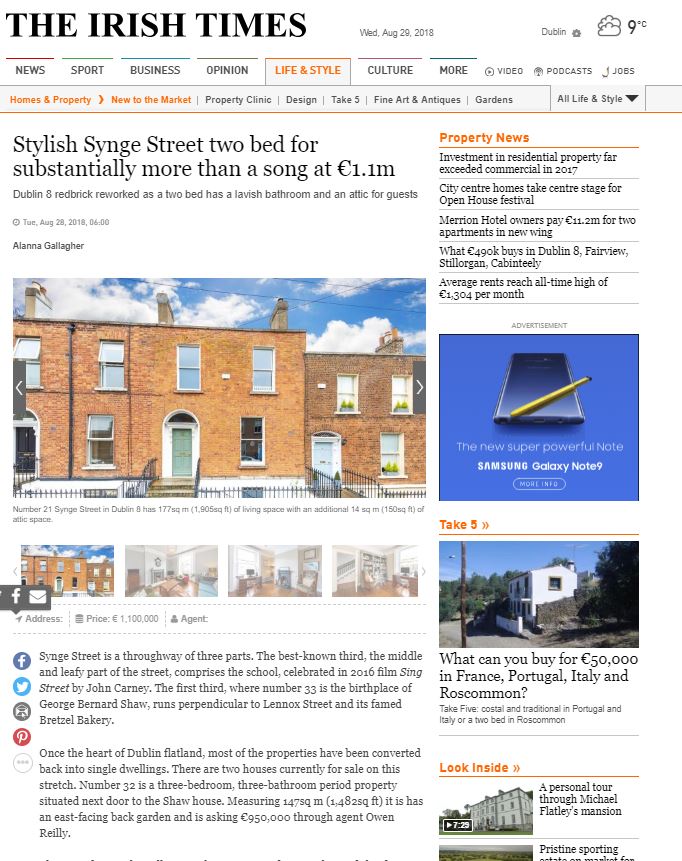