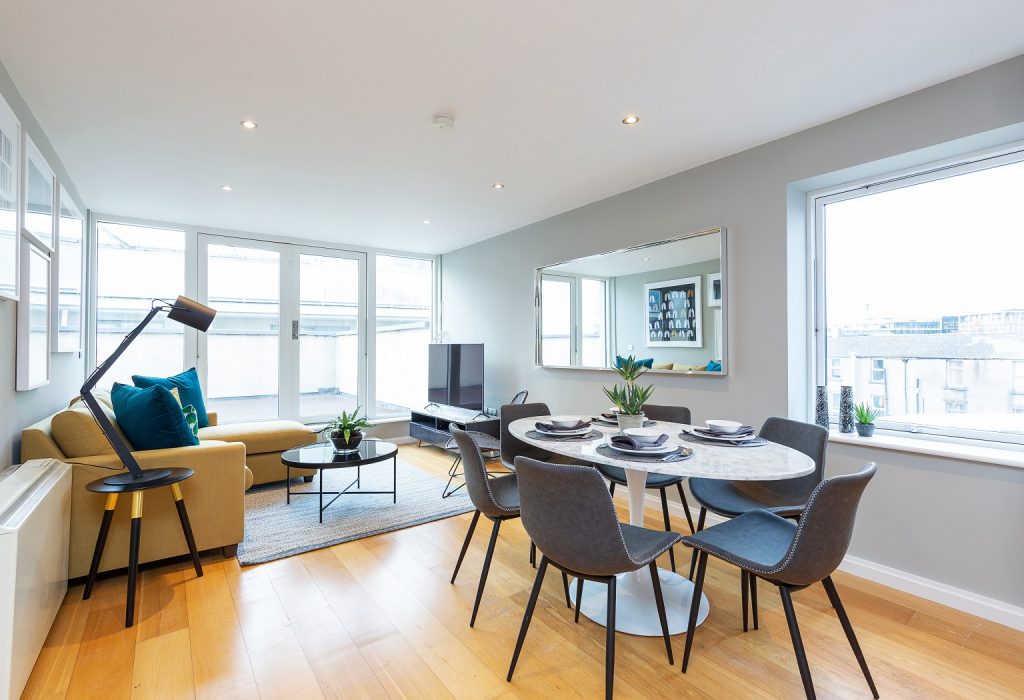 The Sunday Times | Up for grabs in Googleland – Featuring No 107 Fitzwilliam Point, in Ringsend

In Dublin’s hip Ringsend district, this apartment is within scootering distance of the capital’s ‘silicon belt’ employers.

In the current market, it’s cheaper to buy No 107 Fitzwilliam Point, in Ringsend, than to rent it. That’s what scores of Dublin’s investors will be thinking, too, when they clap eyes on this top-floor, three-bedroom apartment.

It’s in the capital’s “silicon belt”, so would-be renters will include employees of Facebook, Google, Microsoft, Airbnb and their ilk, willing to part with more than €2,000 a month to live within scootering distance of work. A two-bedroom apartment in the area lets for roughly that sum; this one is a glossy, three- bedroom model — you do the maths.

For someone who’s going to live in it, however, there are still a few boons beyond the handy location: it’s been redecorated with hip furnishings and wall decor…